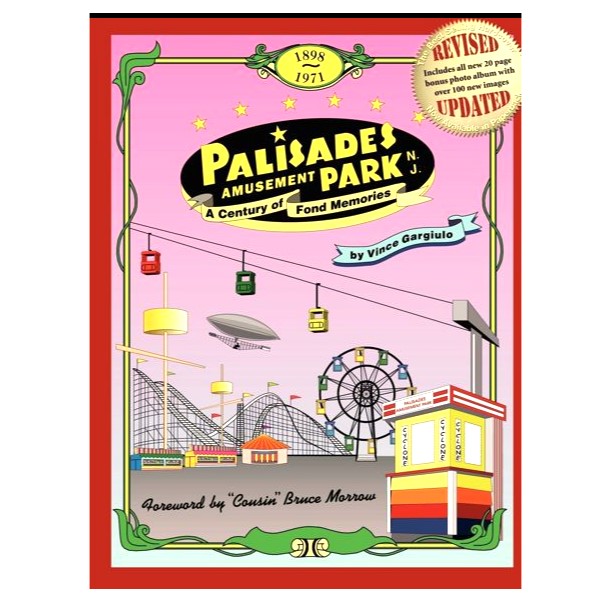 For the millions who visited the Park until it closed in 1971, this book is sure to bring back cherished memories. And for amusement park and roller coaster fans never lucky enough to have entered its colorful gates, it will re-create the thrills, laughter, and joy that was “Palisades.” 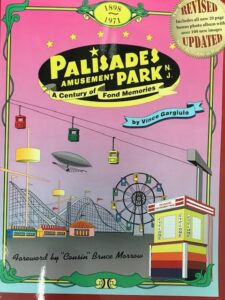 In 1898, a rustic picnic ground on the New Jersey Palisades overlooking the Hudson River and Manhattan began a transformation into one of the greatest amusement parks in the world. Its attractions over the course of nearly seventy-five years of operation reflected the popular culture of a changing nation: from the high-diving horses of the twenties to the rock ‘n’ roll shows of the fifties and sixties, along with perennial favorites like the fun house and the Tunnel of Love, the famous Cyclone  roller coaster, and the carousel. The Park was the place where many turn-of-the century dwellers saw their first flying machines, and it was the backlot for several early motion pictures.

With the cooperation of hundreds of residents, former employees, and executives of the Park, Vincent Gargiulo has provided a comprehensive history of Palisades Amusement Park. The Park’s personnel included such notables as Arthur Godfrey and Buster Crabbe; W. C. Fields, Jean Harlow, Johnny Weismuller, and Jackie Coogan were among the many celebrity regulars. Top entertainers like Tony Bennett, Chubby Checker, Diana Ross & the Supremes, the Jackson Five, and Frankie Avalon performed for record crowds at its famed open-air theater. The Park inspired a hit song, Freddy Cannon’s “Palisades Park,”  and it played host to numerous contests, such as the Diaper Derby and the Miss American Teen-Ager pageant. Every summer weekend thousands of visitors enjoyed “the world’s largest salt-water pool,” vinegar-soaked french fries, and the cacophony of sounds on the midways.

For the millions who visited the Park until it closed in 1971, this book is sure to bring back cherished memories. And for amusement park and roller coaster fans never lucky enough to have entered its colorful gates, it will re-create the thrills, laughter, and joy that was “Palisades.”

There are no reviews yet.

Be the first to review “Palisades Amusement Park: A Century of Fond Memories” Cancel reply